A History of Amputations And Personal Injury Claims

A History of Amputations And Personal Injury Claims

Of all personal injuries, amputations are among the most severe, both physically and mentally. Last year’s Croydon tram crash saw a number of injured requiring amputations. Vicky Balch, who was riding on the Smiler rollercoaster at Alton Towers had her leg amputated after enduring six rounds of surgery in an attempt by doctors to save her limb. 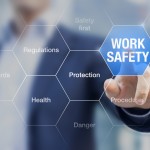 For most of us, the procedure involved in amputating a limb is something we are only familiar with through movies. Who can forget the look on Scarlet O’Hara’s face in Gone with the Wind as she looks on at a soldier about to lose his leg to a surgeon’s saw screaming, “Don’t cut, please don’t cut!”.

Thankfully, amputation procedures are now undertaken using full aesthetic. But losing a limb is a traumatic experience and victims have a right to claim compensation if the accident that caused the injury was the result of negligence.

It is believed the first amputations were performed in Neolithic times. However, the first recorded amputations and use of a prosthetic limb was that of a Persian soldier, Hegesistratus, who was reported by Herodotus to have escaped about 484 B.C. from stocks by cutting off one of his feet and replacing it with a wooden one. The oldest incident of an amputation in literature is that of the warrior, Queen Vishpia who lost her leg in battle and had it replaced with an iron limb. This legend appeared in the sacred Hindu texts, the Vedas and was written between 3500BC and 1800BC.

Throughout most of history, amputations were only ever performed as a last-ditch effort to save a person suffering from gangrene. This was because people had no knowledge of how to stop bleeding, especially in the event of a haemorrhage, meaning the tissue had to be dead before the procedure could be performed.

The invention of the tourniquet, a bandage used to constrict and compress an area of the limb to control venous and arterial circulation, represented a significant step forward in the history of amputations because it allowed surgeons to control heavy bleeding. Guy de Chauliac (1300 – 1368), a French physician, was known for wrapping a tight band below and above the site of amputation to reduce the pain and to cut down on haemorrhages. Then, at the Battle of Flanders in 1674 the tourniquet was first used on the battlefield.

During the Napoleonic wars (1803-1815), the amputation procedure was perfected as much as it could be prior to the invention of anaesthesia. It was found that performing an amputation as soon as possible following a battlefield injury, reduced the mortality rate by lowering the risk of infection and haemorrhage.

Much has been written about the butchery by doctors in the American Civil War and the prolificacy of amputations during this period. However, often surgeons had no choice. The slow-moving Minie bullet used during the American Civil War caused catastrophic injuries, ripping apart bone, tissue, and muscle. Cleanliness and hygiene procedures to reduce infections were unheard of; doctors worked in blood-splattered clothes caked in pus and vomit, using unsterilised equipment, given a cursory wash in cold water between patients.

Not surprisingly, men died by the thousands, not from the amputation itself but from ‘surgical fevers’, one of the most dreaded being Pyemia, a form of blood poisoning, which had a 90% mortality rate.

In 1961, British surgeon and scientist, John Lister observed that around 45-50% of amputee patients died of sepsis shortly after the procedure was performed. In 1865, he learned of Louis Pasteur’s theory that microorganisms cause infection. Using phenol as an antiseptic, he reduced the mortality rate in his ward to 15% within four years.

By the time of the Great War (1914-1918), sanitary conditions in field hospitals had greatly improved. However, there was little doctors could do to control the pain amputees suffered.

According to an article by Sam Wong about surgical procedures during World War One, during the Battle of the Somme in 1916, Marmaduke Sheild, a senior consulting surgeon who treated many military casualties after they returned to England, wrote that post-amputation pain was, “a source of intolerable suffering to [his amputee patients], and of despair to those who fit them with artificial limbs.” He later advocated against the use of the guillotine method (the most popular tool for amputating limbs at the time), reporting in The Lancet that it left nerves exposed, causing both stump pain and poor prosthetic fit.

Today, medical science has evolved to give amputees a chance to enjoy a relatively normal, pain-free life following surgery and rehabilitation. However, the loss of a limb still changes a victim’s life forever.

By claiming compensation, amputees can help fund the cost of rebuilding their life and ensure their bills are paid whilst they concentrate on their recovery. Although money can never replace a lost limb, it can help victims build a positive future.

At Russell Worth Solicitors we specialise in personal injury claims. If you have received an injury that has required an amputation and would like a free claim assessment please contact us today.