Up in Flames – the Cost of Faulty Home Appliances

Up in Flames – the Cost of Faulty Home Appliances

We are a society reliant on, and some might say addicted to, labour saving devices in the home. And we now buy more than ever, due to the mass production and importing of cheaper appliances coupled with the flourishing online market place for goods. Between 2010 and 2014, the purchase of consumer appliances rose 9.2% with the market being valued at £4.4billion in 2016.

The proliferation of availability and choice of home appliances, whilst a win-win for vendors and those making purchases, poses a headache when it comes to ensuring the safety of consumers.

In 2014, The Telegraph reported that one in seven homes contains a faulty household appliance that could cause a fire or electrical shock. And current statistics show that there are approximately 3,700 domestic fires in the UK each year due to faulty appliances. 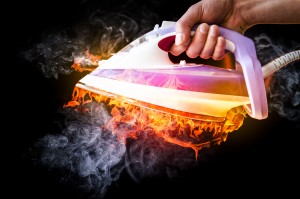 Items such as mobile phone chargers, hairdryers, washing machines and dryers are frequently recalled by manufacturers, and because consumers are often unaware of such warnings, nine in ten items that are potentially dangerous remain in use. In other words, only 10 – 20% of manufacturer recalls succeed.  According to Which Magazine, the top five appliances that cause the most fires in order of prevalence are: washing machines (14%), tumble dryers (12%), dishwashers (11%), cookers (9%), fridge/freezers (7%).

There are many cases of fire, injury or even death due to faulty consumer products reported in the media. One of the most serious incidents involved a defective tumble dryer which caused a significant fire in a West London tower block. Due to the fast and professional efforts of the fire services, no one was injured, however 50 flats were evacuated and many families displaced in the aftermath. If this fire had occurred at night whilst the occupants were sleeping, it may have been more catastrophic. In another case, reported by the Manchester Evening News, John Wilson died and 10 others were injured in a large house fire, which investigators suspect was caused by a Beko fridge-freezer which had been recalled due to a ‘history of starting fires’. Whilst the inquest could not be definitive as to the exact cause, the very fact that an appliance that was known to set alight was in use is of great concern

Who is at fault if a faulty appliance causes injury, death or other loss?

When attempting to establish who is liable, it would be wrong to automatically apportion blame to the manufacturer. If the item was installed, repaired, or maintained in an unsafe manner or to poor standards and it can be proven that this lead to the failure, it might be possible to make a case against the firm or individual who undertook the work. If the injury was caused by the manufacturers negligence or omission, you may have a case for personal injury.

What you can do to reduce the chance of experiencing an electrical appliance fire?

There are a number of important steps that we can all take to decrease the chances of a fire in the home due to a faulty appliance, including:

If you do nothing else, the very best advice is to install approved smoke alarms (ensure that the batteries are checked regularly), plan your escape route and remember, if you are unfortunate to experience a house fire:

Get out, stay out and call the fire brigade out!

At Russell Worth Solicitors we specialise in personal injury claims. If you have incurred a personal injury following a fire in the home caused by a faulty electrical appliance and would like a free claim assessment so that you can understand your rights, please call us now on 0800 028 2060 or complete our Online Claim Assessment.