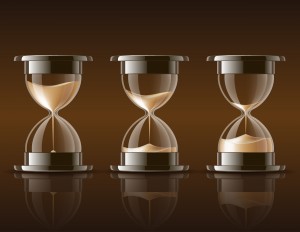 However, in some circumstances, the court has the discretion to extend the time limit.

It is important to note from the outset that it is not often that the courts will exercise such discretion; therefore, if you believe you have a personal injury claim, you should endeavour to contact a personal injury solicitor as quickly as possible.

The difference between date of injury and date of knowledge

The date an injury occurred is self-explanatory. If you slipped at work and broke your leg, the three-year time limit begins to run from the date of the accident.
In the case of some injuries such as whiplash, or industrial diseases, symptoms may not appear for months or even years after the actual event. For example, symptoms of Mesothelioma, a cancer caused by exposure to asbestos, in most cases do not appear for up to 40 years after initial exposure to the substance.

If the court is satisfied that the claimant could or should have collated the information above by a particular date, the clock will start ticking, regardless of whether the information has in fact been ascertained.

The court’s power to extend the time limit

Under the Limitations Act 1980, section 33, the court has the authority to override the three-year limitation period in particular circumstances. It must appear equitable to take such a decision, and the court will consider several factors, including:

The court must strike a balance between the degree to which the claimant and defendant may be prejudiced by allowing a compensation claim to be brought out of time.

Minors and claimants under the Mental Capacity Act 2005

If the claimant was under 18 years at the time they received the personal injury, time does not start to run until after their 18th birthday.

For people rendered of unsound mind due to the injuries they suffered, time does not start to run until they have recovered.

Compensation claims involving cases of historic sexual abuse can take place decades after the original assault occurred. The deciding case on this was A v Hoare [2008] 2 All ER 1 where five claimants brought an action for sexual abuse which had taken place 15-20 years earlier. The claimants argued that because the assaults constituted personal injury, the court could exercise its statutory discretion and extend the three-year time limit. The House of Lords agreed, reversing a previous decision which held that acts of deliberate assault or trespass to a person were general torts rather than a personal injury.

There are two instances where the court cannot exercise any discretion to extend the time period allowed to bring a personal injury compensation claim:

• Defective products – The Limitation Act 1980, section 11A, introduces a 10-year rule for claiming compensation for a defective product. This is an absolute rule, and it makes no difference if the claimant only acquired the date of knowledge after the 10-year period – the court is powerless to extend it.
• Fatal Accidents Claims – Under the Fatal Accidents Act 1976, a compensation claim may be brought within three years from the date of death or, if later, the date of knowledge. The court has no ability to extend this under the Limitations Act 1980, section 33.

If you have suffered a personal injury, it is imperative that you seek experienced legal advice as swiftly as possible. At Russell Worth, we can quickly establish if you have a possible compensation claim and provide expert guidance and representation in a sensitive, confidential manner.

At Russell Worth Solicitors we specialise in personal injury claims. If you have suffered an injury because of an accident that was not your fault and would like a free claim assessment, please call us now on 0800 028 2060 or complete our Online Claim Assessment.