Is it possible to claim for compensation for an injury that has no symptoms? That was the question asked of the UK’s Supreme Court, in a landmark case which commenced in November 2017 and was concluded on 21st March 2018. In this article, we will review the facts of the case, the outcome, and what this may mean for you if you believe similar circumstances have affected you.

What was the background to the case? 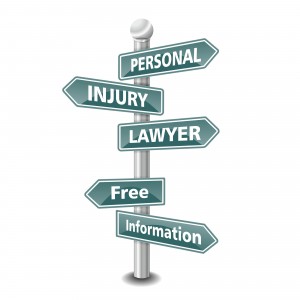 On detecting platinum salt sensitivity, Johnson Matthey placed one of the men into an alternative, but lower paid, role, and the other two men were dismissed.

What did the claimants argue?

The claimants have presented their case to the High Court, the Court of Appeal, and now the Supreme Court. The main thrust of the claimant’s case was that they had incurred a loss of earnings due to being forced into lower paid roles, or out of their employment entirely. It was also put to the courts that while there were no symptoms, their bodies had in fact undergone a ‘material’ change, which meant they were worse off than they were before, as a result of the exposure they had received. As such, they were now ‘unfit’ for work in the industry and line of work they were skilled and experienced in.

What did the court conclude?

At the High Court in 2014, the judge at the time concluded that their claim was solely for money as there was no symptomatic injury. An appeal in 2016 upheld this view and agreed that there was no implied term in the employment contract which made the employer responsible for financial loss if there is no actionable injury (i.e. an injury which can be the basis for a claim for compensation).

The Supreme Court, however, took a different view. They concluded that the men had “suffered a loss of bodily function by virtue of the physiological change caused by the company’s negligence”. On this core basis, it was ruled that platinum salt sensitisation was an actionable personable injury – and far from negligible, as the previous courts had judged.

Why is this case so important?

There are potentially many workers who, over the past decades, whose health has suffered in the form of allergic reactions. In addition, their psychological states have been impacted due to the strain of having to find alternative employment, and they have incurred a financial loss due to loss of earnings, or reduction in earning capacity. And until now, these individuals have not have been able to claim for compensation to cover their losses.

It is also a wake-up call to all employers to ensure that they assess the impact of working conditions, not just for injuries which would be immediately actionable, but also those that can lead to sensitivity and allergic reactions in the event of further exposure. And while employers should already have screening in place to detect rising levels of sensitivity of its workers, this does not absolve them of responsibility if sensitivity is found.

If this decision results in more workers successfully gaining the compensation they deserve, it should be warmly welcomed. Hiding behind the argument that no damage has been caused, when it plainly has, it could be argued, does a considerable disservice to hardworking workers that trust their employers to keep them safe.

As Rosalind English, a writer for the UK Human Rights Blog, states, “how can liability in tort keep pace with advancing technologies that can detect microscopic changes, in our bodies, in the air, land, or in the water? The task of the courts, to find the bright line between physical injury or damage, and “pure” economic loss, becomes ever more challenging ”. This truly raises the prospect of that any harm done in the workplace, which until now could not be detected, which can now due to new advances in science and technology, may lead to more cases of personal injury claims in the future.

If you have worked in an industry and have suffered a chemical sensitivity of the same type or similar to this landmark case, you may also now have a case to claim compensation from your employer. To discuss the facts of your case, contact one of our specialist workplace specialist injury solicitors today, who will be able to confirm if you have a valid case.