It’s been a rollercoaster year for UK manufacturing.  In October 2016, it was reported that activity in the sector had grown faster than it had in the previous two years, due to the fall in the value in the pound, following the vote to leave the EU.  And this early optimism seemed to continue into mid-2017 when the Confederation of British Industry reported that order books were the fullest for nearly 30 years.  However, it was reported in October that in the month previous, manufacturing activity had fallen as the boost for exporters was hit head-on by the rising cost of importing materials.  Regardless of the latest figures, the industry is still deemed to be in a period of expansion, but unfortunately not sufficient to boost the economy as a whole.

The upside of the boost to UK manufacturing is the potential availability of jobs.  While this is certainly positive, it is important that manufacturers do not become complacent about the health and safety of workers while fulfilling their bulging order books.

The numbers paint a picture of injuries in manufacturing

It will come as no surprise that the manufacturing industry is subject to copious amounts of health and safety regulation, and for good reason.  In 2016/17, according to the Health and Safety Executive (HSE) statistics, there were 19 fatal injuries in manufacturing, and each year 80,000 people suffer from work-related illness and 60,000 from non-fatal injuries.  The vast majority of illnesses suffered were musculo-skeletal disorders (43%), and stress, depression or anxiety accounted for 28%.

The largest causes of injuries were:

When looking at the sub-sectors, the highest levels of incidents were in food & drink manufacturing, followed by non-metallic products and transport and transport products. 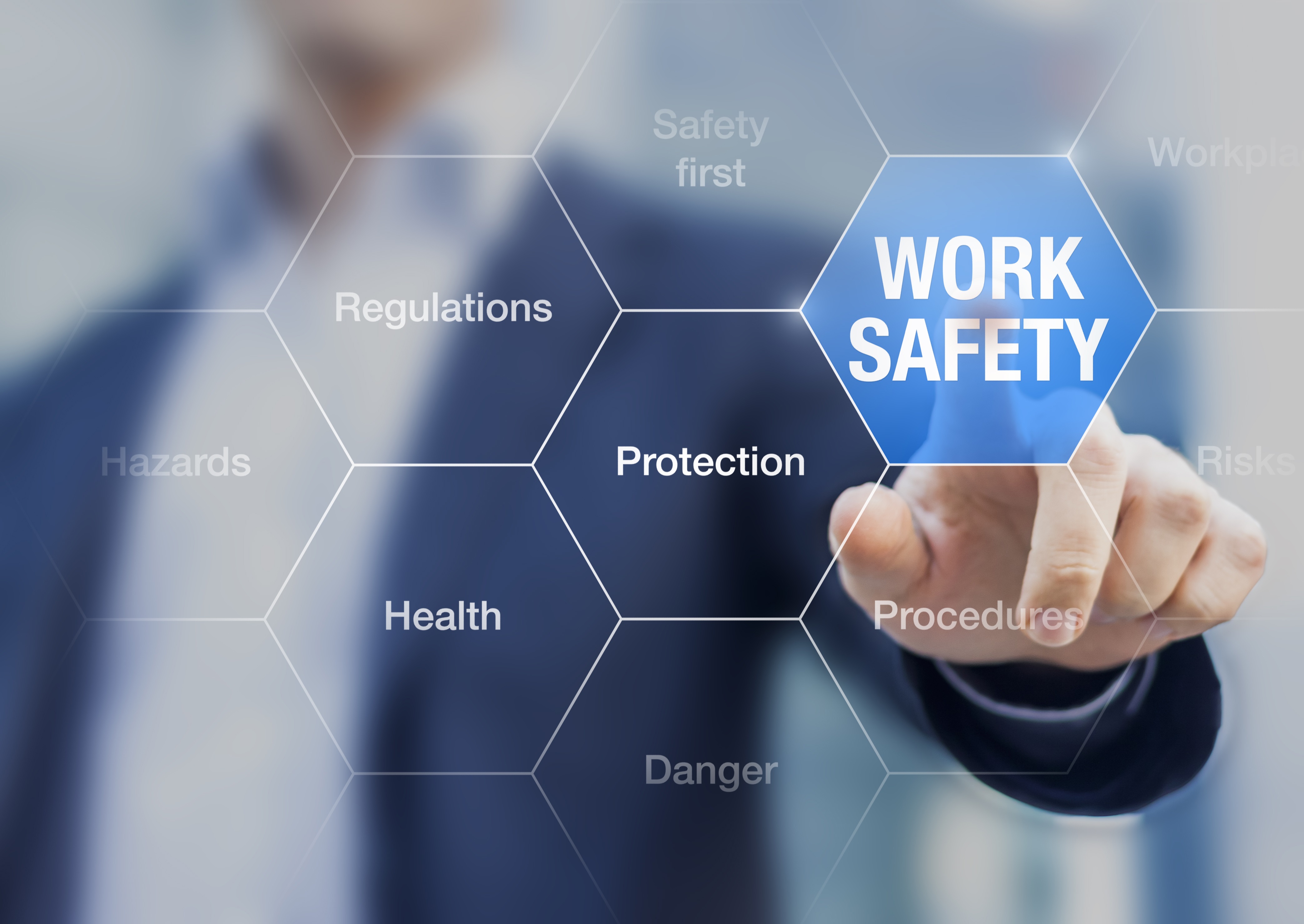 How accidents in manufacturing occur

While the accident statistics are revealing, it is important to understand how accidents in manufacturing happen.  Heavy objects falling onto workers from height are a big risk, often due to an item or tool being unsecured and thus able to fall; the damage caused can range from a bruise to a serious head injury, or even death.  Falls from heights, from ladders or raised platforms, can lead to back & head injuries, and broken bones.  Manufacturing machinery and equipment also causes many injuries, especially when defective, or if risks have not been identified and prevented.

Protective systems are commonly used on machinery to prevent serious injury; for example, to prevent exposure to ejected materials, hot gases, crushing, being pulled into pulleys/belts/gears, electrical shock, sharp objects and loud noises.  Technology such as pressure sensitive mats, two-hand controls, interlocks and light guards are such some of the many mechanisms used by employers to ensure the safety of workers.  However, if even a single protective mechanism is defective, is not maintained properly, or if a worker is not trained fully in their importance and use, a serious injury can happen.

Crucially, it is important that employees themselves take every step to ensure their own safety by reporting any problems immediately to a supervisor, following all instructions and safety training provided, ensuring machines are used in the manner intended, kept clean and free of obstruction, and they wear personal protective equipment (PPE) at all times.

The real cost of manufacturing accidents

In December 2017, food manufacturer Marcantanio Foods was given a considerable fine of £300,000 for their failure to ensure the safety of worker, Mark Goodge.  Mr Goodge lost four fingers in addition to suffering several broken bones in his arm and a dislocated wrist when he was using an emery cloth to clean a metal-working lathe.  His gloves became entangled in the lathe leading to the horrific injuries.  The HSE found during the investigation that this was not an isolated incident.  The investigator reported, “the risks involved with applying emery cloth by hand on metalworking lathes are widely known, and Marcantanio Foods Ltd should have done more to ensure that they carried out the work in a safe manner.”  This very recent example shows the risks that some manufacturers will take, even when the risks are well established – however, in this case, the financial penalty was considerable and should act as a wake-up call to other businesses to ignore safety at their peril.

In this time of considerable manufacturing activity, it is vital that organisations continue to place health and safety at the centre of their daily operations, as production lines work faster and longer to meet orders.

As we have established, employees do have a large part to play in ensuring the safety of themselves and their work colleagues.  Working practices that are against the policies, procedures, training and instructions of an employer mean an accident can happen at any time.

Most manufacturers invest considerable amounts of time, money and people resources into finding, assessing and controlling risks.  However, if you have suffered a manufacturing accident because your employer has not protected you from risk, you may be able to seek compensation.  Any money you receive may go a long way to helping you to recover your health while covering any unexpected expenses and financial hardship you have incurred as a result of your accident.

At Russell Worth Solicitors we specialise in workplace personal injury claims.  If you have been seriously injured while employed in the manufacturing sector, please call us now on 0800 028 2060 or complete our Online Claim Assessment.