For most who have suffered a serious accident at work, the word ‘damage’ means the bodily or psychological injury sustained, but in legal parlance, it refers to compensation for loss or injury arising from the accident. When initially considering making a claim following a serious accident at work, it is useful to understand what is covered within the two types of damages: general damages and special damages.

What are general damages in personal injury claims?

General damages are distinct from special damages in that it covers the non-economic impact of the injuries you have sustained, including :

In cases of fatal accidents, general damages can only be sought if the victim survived for a period after the injury was sustained, and it can be shown the deceased suffered during that time .

For many who have been injured but are still able to work, there may be a genuine concern that should the claimant lose their job, they may struggle to 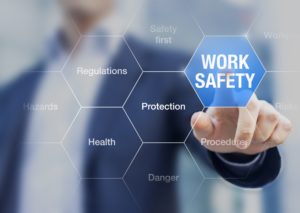 secure an equivalent role due to their injuries. In this case, a ‘Smith v Manchester award’ may be made if it can be proven the claimant will be at a genuine disadvantage on the open labour market as a direct result of their injury, and they will find it more difficult to find similar employment.

General damages by their nature are those for which it is difficult to put a definitive financial value, but there are suggested ranges of suitable compensation for each injury type defined by the Judicial College Guidelines. When working out general damages, any pre-existing conditions will be taken into account, in addition to the age and sex of the claimant.

What are special damages in personal injury claims?

Special damages exist to reimburse a claimant if they have incurred quantifiable monetary losses following an accident, including:

To bring a claim for special damages, it is recommended you keep all of the receipts associated with the costs you have incurred.

Damages in the real world

In April 2017, a claimant was awarded over £500,000 after suffering fibromyalgia after a serious workplace accident in 2012 during which they fell when a loading platform collapsed. The original injuries included soft tissue injuries to the spine and left wrist, however, the victim later suffered fibromyalgia, depression, cognitive impairment, and chronic fatigue, which eventually meant they were unable to work. The damages awarded were as follows:

As can be seen in the above breakdown of costs, by far the largest element of the compensation awarded was for general damages relating to future loss and expected costs.

It is important for anyone considering a claim against their employer to be aware of the Limitation Act 1980. Under this act, you typically have three years to bring a claim for compensation from the date of the accident, or the date you were aware of the harm caused to you. This is not when you instruct your solicitor, this is the date your claim is formally filed with the court, therefore it is best practice to act as quickly as possible, to avoid your claim being struck out for being too late.

Bringing a claim for damages

You may be able to bring a claim for special and/or general damages if your employer was negligent in not protecting you from the cause of your accident. Sufficient evidence will be needed to prove not only did they fail to ensure the safety of their workers, but their failing directly led to your accident. This is why specialist workplace personal injury solicitors are so vital in ensuring a claim for compensation is successful. Remember, if your employer was at fault, they will be insured for the cost of the compensation you receive.